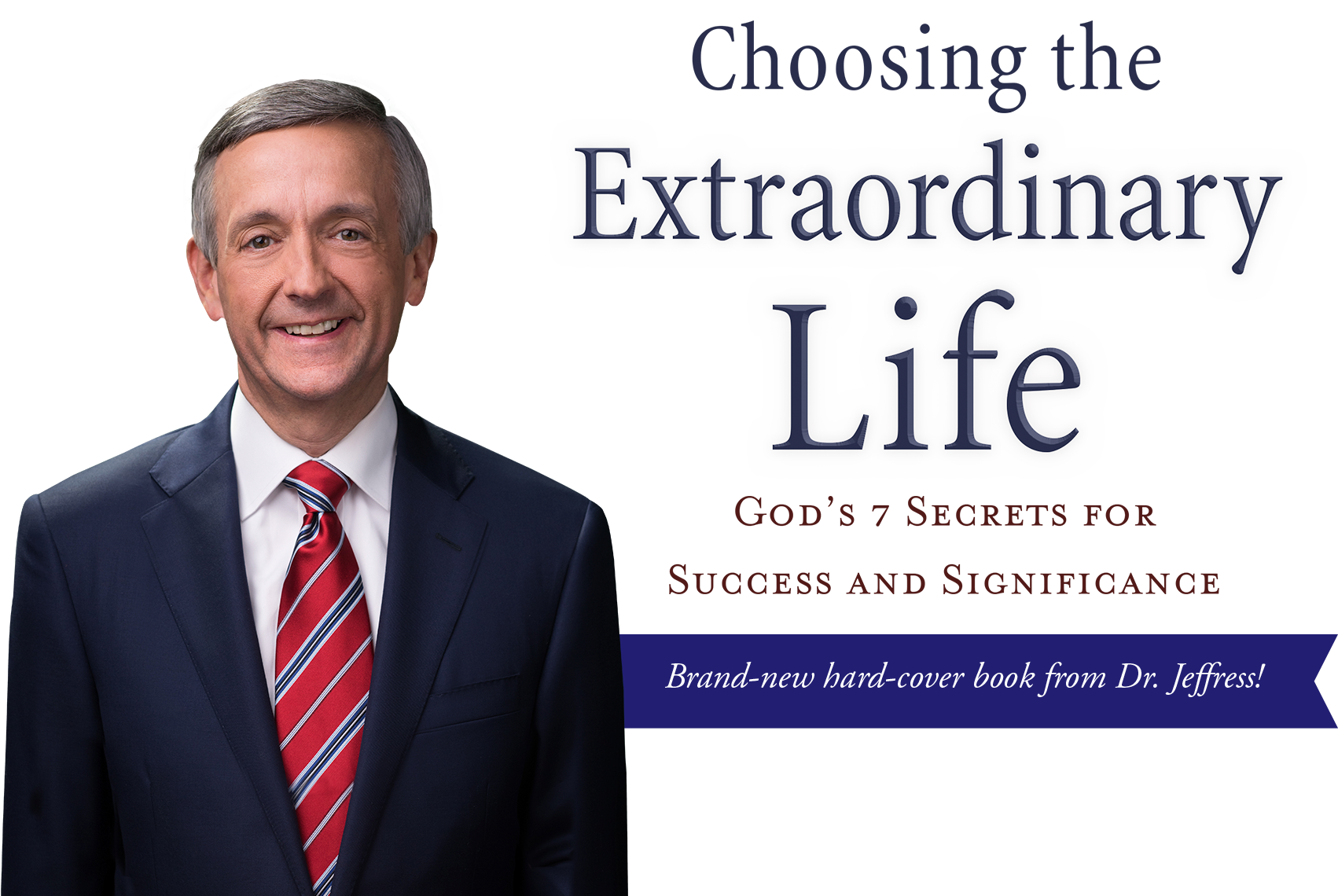 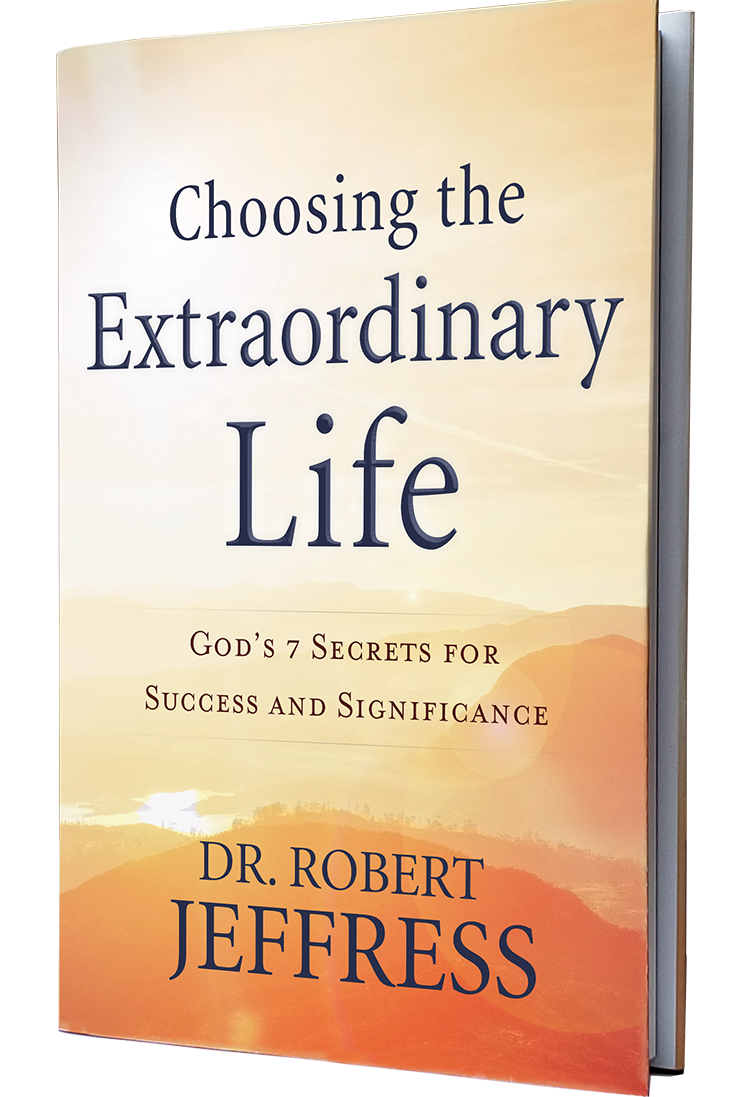 Your roadmap to a life of eternal impact

Dr. Jeffress reveals seven secrets from Elijah that will result in your life being marked by power, passion, and purpose, including…

For the overworked parent feeling trapped at home, the businessperson feeling unfulfilled in a stagnant career, the Christian worker ministering in obscurity–for anyone who wonders if there’s more to life–God’s Word reveals seven secrets for experiencing a truly extraordinary life.

What They Are Saying About Choosing the Extraordinary Life 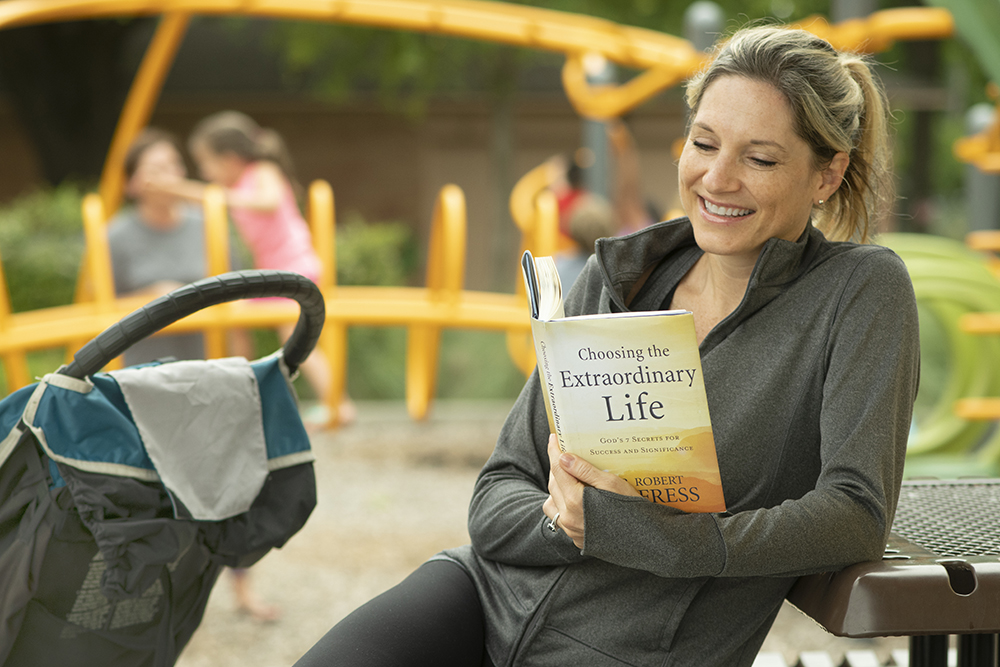 Dr. Robert Jeffress is Senior Pastor of the 13,000-member First Baptist Church, Dallas, Texas and a Fox News Contributor. He is also an adjunct professor at Dallas Theological Seminary.

Dr. Jeffress hosts a daily radio program, PATHWAY TO VICTORY, that is heard nationwide on over 930 stations in major markets such as Dallas-Fort Worth, New York City, Chicago, Los Angeles, Houston, Washington, D.C., San Francisco, Philadelphia, and Seattle. His weekly television program can be seen in 195 countries and on 11,295 cable and satellite systems throughout the world, including China and on the Trinity Broadcasting Network and Daystar.

Dr. Jeffress is the author of 25 books including WHEN FORGIVENESS DOESN’T MAKE SENSE, COUNTDOWN TO THE APOCALYPSE, NOT ALL ROADS LEAD TO HEAVEN, and his newest book, A PLACE CALLED HEAVEN: 10 SURPRISING TRUTHS ABOUT YOUR ETERNAL HOME.

Dr. Jeffress led the congregation in the completion of a $135 million re-creation of its downtown campus. The project is the largest in modern church history and serves as a “spiritual oasis” covering six blocks of downtown Dallas.

Dr. Jeffress and his wife Amy have two daughters and three grandchildren. 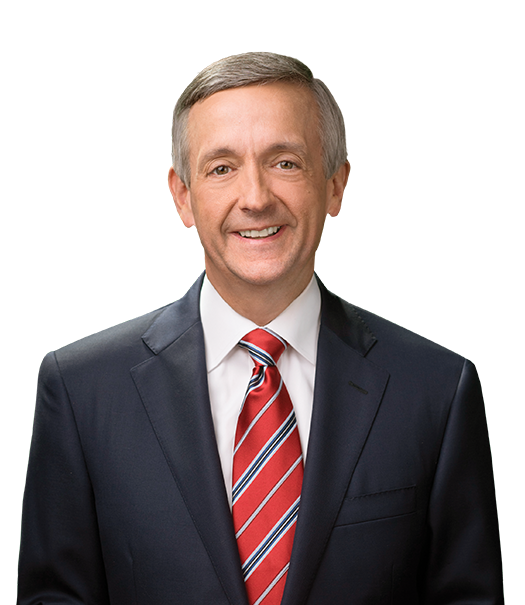